Time to value (TTV) makes the evaluation of new technology one of the most important concerns in today’s marketing. In the research stage, it’s very hard — paralyzing in some cases — to know what you’re about to get yourself into.

Yet you have to go forward anyway.

Most software vendors don’t make the decision process any easier. It’s a challenge to differentiate one company’s tech offering from another’s and very easy to get lost in a discussion of features rather than understand how each piece of tech will solve a problem and how fast it will show results.

This article looks at the top five reasons decision makers put off evaluating and buying new marketing technology — even though it’s the only way to stay competitive in the digital world.

Most of us are familiar with the Gartner Hype Cycle (below). We’ve seen a lot of press about AI and some incredible investments in machine learning from brands around the world, but if you don’t understand the role of the tech — as a set of tools that allow your team to serve customers better — you might be apt to think AI is just like the dot-com boom and bust of the late ‘90s.

It can be risky to be an early adopter. It can be embarrassing and costly to fail, but if the tech is truly valuable — as AI has proven itself to be — even the most hesitant CMOs and VPs can dispel the hype with a good cost/benefit analysis.

Cloud computing was one of the most promising — or overpromising for skeptics — technologies ten years ago, and today it’s become a standard. Voice search and location-based marketing were similarly hyped when they first hit the market, and both technologies continue to grow in adoption.

While for some AI seems to have fallen to the bottom of the Trough of Disillusionment, many companies continue to wedge AI software into their tech stacks. These are brands trudging up the Slope of Enlightenment, because they can see how leveraging the tech will ultimately transform their marketing.

WHY WAIT 90 DAYS WHEN YOU CAN LAUNCH EFFECTIVE MARKETING PROGRAMS IN 1 DAY?

Check out the whitepaper.

2. Avoidance of Cramming More Tech into the Stack

A Walker Sands report called the State of Marketing Technology 2018 reveals that 52% of marketers say they evaluate their tech stacks from once a week (which sounds insane) up to once every six months. 25% do it once a year and another 25% do it every two or more years or never at all.

Whether it’s every six months or every two years, many marketers don’t exactly look forward to figuring out what still works and what needs to be replaced by the hundreds of software options out there.

The study shows that 48% of marketers add new tech to their stack every week, every month, or every six months. The other 52% do it every two or more years or they don’t do it at all.

While these numbers seem to show that roughly half of marketers are assessing and adding tech at least every six months, the study shows that only 15% of marketers believe that their company is “very agile” at embracing new tech solutions, and 27% say their company suffers from an internal resistance to change.

3. Lack of Understanding About How to Leverage New Technology

It’s incredibly confusing trying to determine what one solution package delivers over all the competitors. CMOs and VPs also have trouble knowing how to optimize the tech once they’ve decided who to go with.

The Walker Sands study reveals that 63% of marketers believe that technology has undergone a severe sea change in the last few years, but only 28% feel like their brands have been able to keep up with the change.

But something’s amiss. In the same study, 94% of marketers think they have adequate or exceptional skills to operate the technology at their disposal. 63% believe their company invests adequately in martech while 36% disagree. Likewise, 63% of marketers believe their martech is up to date and enables them to do their jobs efficiently while 38% disagree.

Ultimately, there are a lot of conflicting opinions, but on average, a third of marketers surveyed are consistently saying they’re having problems leveraging their marketing machines.

READY TO GET VALUE OUT OF YOUR TECH IN DAYS, NOT MONTHS?

4. Fear That Automation Will Cost Employees Their Jobs

While there’s a lot of hype about all the good things automation will do, there’s an equal amount of paranoia about the bad. In the not-too-distant past, Chris Pirrotta, VP of Marketing at Sideshow worked with sculptors who created collectible statues by hand. Now they’re doing it digitally, which worries Chris:

“The machine as it’s been defined has a significant impact on our industry in many ways, not just through marketing. My perspective on machines and technology really comes from pop culture, and ultimately I love where we’re at with machine learning and AI and all that, but it’s getting very close to the very non-human line.”

In the Walker Sands report, 39% of respondents said they agree or strongly agree that martech will threaten their jobs at some point during their careers. Science fiction has only reinforced these fears. When robotics and automation first made their way into manufacturing cars, some jobs were eliminated, but in other industries, the work an employee did merely changed after technology was introduced.

As pointed out in a Phys.org article, it was predicted in 2013 that 47% of jobs in the U.S. could become automated over the next two decades. However, in 2019, unemployment remains at an historic low. The same is true for the European Union, where 1.5 million more jobs were created through automation between 1999 and 2010.

The same Walker Sands study found 51% of those surveyed do not believe tech will replace them, and perhaps we should be more careful about what we mean by “AI.” For marketers, it really means using machine learning to identify patterns faster than humans ever will be able to, but it still requires human intelligence to put that knowledge to work strategically.

5. Uncertainty About Time to Value vs. Industry Competitive Advantage

On the one hand, we have to keep up with the leaders in the marketing industry, which invariably means acquiring tech with similar solutions. But we also have to be very conscious about how long before that tech purchase starts contributing to the bottom line.

In the last three years, 64% of marketers think their companies are keeping pace with the rapid evolution of martech, but 36% think their companies have either done nothing to grow or are doing it at too slow of a rate. This impacts a brand’s ability to launch effective strategies that take full advantage of the tech to gain a competitive upper hand.

Like it or not, marketing is changing, and without a constant eye on technological improvement, the job of the marketer is only going to get harder. For all the reasons decision makers put off choosing new tech, the alternative is even worse. Do nothing and lag behind. Permanently.

But martech is improving the lives of marketers every day now. Fear of the unknown has no place in our industry. Decisions have to be made sooner rather than later. Tech adoption is a fact of life, but it’s becoming more predictable. If it’s not already happening in your company, time to value in martech is the next big thing marketers will have to better understand.

WANT MORE ON MAKING TIME TO VALUE WORK FOR YOUR MARKETERS? 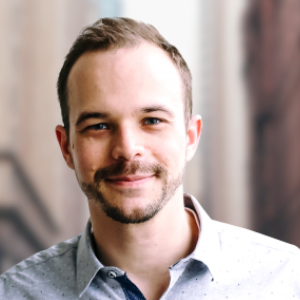