So, Super Bowl LI is over, and if you’re not still talking about the game, you’re probably thinking about the ads, especially the images and messages that have stayed with you. Even if your company didn’t advertise during the game (and with a 30-second spot going for nearly $5 million this year, only a few companies can compete in this space), there’s a lot you can learn from these ads, particularly when it comes to the way people engage and share content through social media.

With 189 million Americans tuning into the game, what can social sharing do for your business? If you’re a consumer electronics brand, customers are probably already engaging with your tweets and Facebook posts anyway, as 25% of consumers look to buy a TV during the Big Game season, compared to 18% around Black Friday and 7% at Christmas.

But, in a larger sense, how does social sharing around Sunday’s game help spread the word about your products, and how does it win your brand customer loyalty long after the Big Game?

This article takes a look at the impact ad sharing can have on your brand, and what social media can teach you about your customers so that you can better target them in future. We’ll also cover how social sharing can improve your search results and, above all, increase your conversion rates.

While not all of the 2017 data is in yet, 2016 highlights illustrate some important social media stats.

Fortify and Evangelize Your Brand

Brand perception can be difficult to nail down, but if we look at how often ads from the game are viewed and shared, you can see what’s engaging viewers enough to share through social media.

For this year’s game, nearly one-fifth (18%) of people surveyed said that ads make them aware of a company’s brand, and 10% said they would go on to purchase products from the advertiser, up a mighty 4% from when these stats were first logged in 2008.

Studies show that 53% of Americans who follow brands through social media are more loyal to those companies. In a 2015 survey, 18- to 24-year-olds said that commercials during the Big Game make them aware of a brand (21.7%), influence them to buy advertised products (16.7%), and lead them to search online for more information (14.8%).

Here are the top five ads from 2016 with the highest number of shares across Twitter, Facebook, and the blogosphere:

With just under 900,000 shares, Doritos was the most engaging ad during last year’s game, and overall, 88% of viewers had positive reactions to all the brands running ads.

Some of the most successful ads during the game have come from little-known companies trying to get their names out there (Bai in 2016, Wix in 2015, Go Daddy in 2005), but in addition to brand awareness, you can connect with your customers, build up loyalty, and improve customer retention.

Wix, for example, was included in a Fluent survey of 2015 Game Day viewers to see the before and after reactions for five first-time advertisers. Across the board, advertisers saw an average “brand lift” of 12.7% (the number of viewers who recognized advertisers more after their first Big Game ad). Wix averaged 8.7%, a respectable first time out, and while other high scorers from 2015, like Mophie and Loctite, achieved positive reactions, only Wix returned for two more Big Games.

Here are the top 5 ads from this year’s game in terms of views and social engagement (and note Wix’s ranking).

2) Establish Your Company as a Thought Leader

One of the most effective ways to get customers to visit your site is to provide them with high-quality, relevant content that acknowledges their pain points and guides them toward a solution. You become an authority for these customers, and other companies may come to regard you as a thought leader in a particular field. Either way, your content generates more traffic, and social media is a great way to publicize your content.

For the 2017 ads, thought leadership branched out into social messaging, in particular, immigration themes. Budweiser’s minute-long ad “Born the Hard Way” dwelled on the origin of Adolphus Busch, an 1857 immigrant from Germany. While there has been a fair amount of criticism launched on social media, there has also been a great deal of praise. Some people have pointed out that Budweiser is just trying to differentiate itself from the plethora of craft beer companies against whom they compete, but telling a human story about an immigrant who became an American success story goes well beyond plugging beer. There will be viewers who will see Budweiser as a thought leader in this ethical territory, and they’ll be a little more likely to purchase Budweiser products and follow them on social media.

With 500 million tweets, and 4.5 billion Likes on Facebook every day, social media harbors a vast amount of customer information. It’s a real doorway into the lives of your consumers that you can’t really duplicate in any other way.

You can see what interests them, how they prefer to interact with your company, and what they want from your brand. You can measure customer satisfaction and gain incredible real-time insights from the conversations that your customers are having about your brand.

For example, during 2016’s game, social media clearly showed that viewers were heavily engaged at the start of the game, driving food and beverage app use up 135% compared to average traffic for the same time-block on previous Sundays. This would be a prime time to get your social messaging out there.

You can break it down further, and identify specific points where viewers using social media are most engaged throughout the entire game. Tracking mobile usage during 2017’s game, you’ll see that most viewers aren’t on their phones during the pre-game show, but that mobile usage shoots up after the opening kickoff. App usage goes back down during the half-time show, but social media keeps exploding right up to the final whistle. Then, after the game’s over, some mobile viewers will continue to watch video online.

When you share great content, customers will come to you, and this is one of the greatest results social media has to offer. You draw more traffic to your site, and the more your content is retweeted and shared, the higher your search ranking goes.

For 2016’s game, a Merkle report revealed TurboTax as the ultimate winner in digital media performance, especially in terms of a very strong SEO showing. Other notables? Doritos had a high search volume while its ad was broadcast, but Audi and Jeep spots generated the most searches for the entirety of the game.

This year Yahoo research shows that most Big Game-related ad searches actually took place in the week leading up to the game (21%) and the day after (41%), with a respectable 38% during the game.

Also noteworthy: In 2016, there were 7.5 million ad-centric searches, 40% higher than 2015, and 82% of searches were conducted using a mobile device, up 12% from 2015. By comparison, 11% of searches were via desktop computer, and only 7% used a tablet. That means the smartphone is the number-one search device and companion to TV viewing.

Think of social media as a relatively inexpensive way to market your business and push out content, but unlike some advertising, social media gives you great audience feedback that you can act on to better target your segments.

For people surveyed before the 2017 game, 78% said they would be on social media while watching the game, and that they used social media to share their thoughts on the game; so, you know when your audience is watching and ready to engage.

A Burson-Marsteller survey of consumers planning to watch 2017’s game suggests that over 40% of viewers feel that social media brings them closer to the game, and 33% said they’re most likely to post about an ad during the game. Beyond the commercials aired during the game, 60% of viewers said they’re interested in additional social media content provided by the advertisers; so, you know viewers want and will seek out your unique content.

Naturally, there are traditional ways to segment an audience. If you’re running a LinkedIn campaign, you can segment by location, job title, gender, age, and so on. For Facebook, you can segment based on demographics such as interests, behaviors, and connections, and you can do these things in real time. For the Big Game and its limited window of opportunity, you’ll need to leverage all social media channels to pinpoint your audience and get your message in front of their eyes.

When people like your social messaging, they tend to like your company, and are more likely to actually purchase from you. When you’re consistent with social content, they keep coming back and paying attention to your messages.

One study in 2015 showed that 75% of companies who engaged in social media said they experienced an increase in sales within 12 months. In the short run, many advertisers reported an increase in social shares and mentions for 25 days after the game.

While some researchers estimate that as much as 80% of Big Game commercials never boost sales or influence purchasing, Wix defies that norm. After their first Game Day ad aired, Wix saw a $2 million increase in their 2015 revenue outlook, going from $202 million to $204 million.

The following year, Wix partnered with DreamWorks Animation to promote both their website’s tools and Kung Fu Panda 3, and they reaped 100 million views.

It’s deceptively easy to watch the game without considering all the commercial implications of what advertisers are doing and how best to mine social media to reach your target audience. It used to be that advertisers wouldn’t know how well their commercials did until the Monday after the game, when they’d track how many new customers would visit their brick-and-mortar stores. However, with the advent of social media, you can see how people are reacting to your message in real time.

If you don’t have the budget to buy up those outrageously expensive ad spots, it can be tempting to minimize even trying to compete because it’s a once-a-year event. You have 364 other days to focus on, but no other event or holiday has such an extensive presence on social media. You’ll want to keep an eye on this space and discover how your company can best ‘win’ the Super Social Bowl.

To learn more about how to harness the power of social interactions to better understand your existing customers, get to know new ones, and capitalize on increased loyalty with measurable ROI, read about Emarsys social engagement.

Marketers! Reclaim Your Time with These Expert Tips 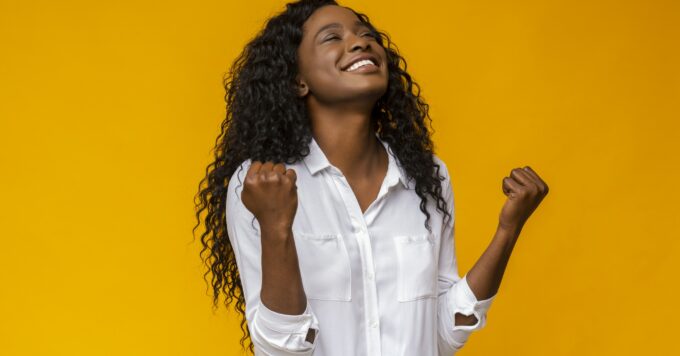 The Future Of Retail Marketing Starts With Personalization unPredictions: Power Your 2022 Customer Engagement Strategy With These 7 Marketing Priorities 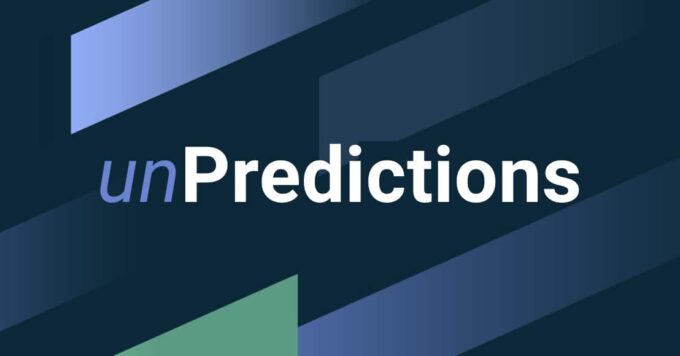 A Look Back at Our Top 5 Product Innovations from 2021 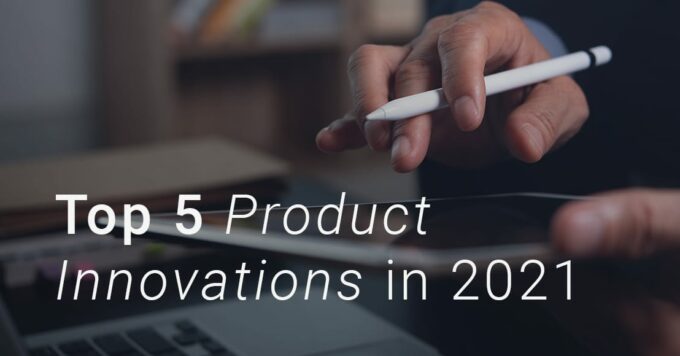